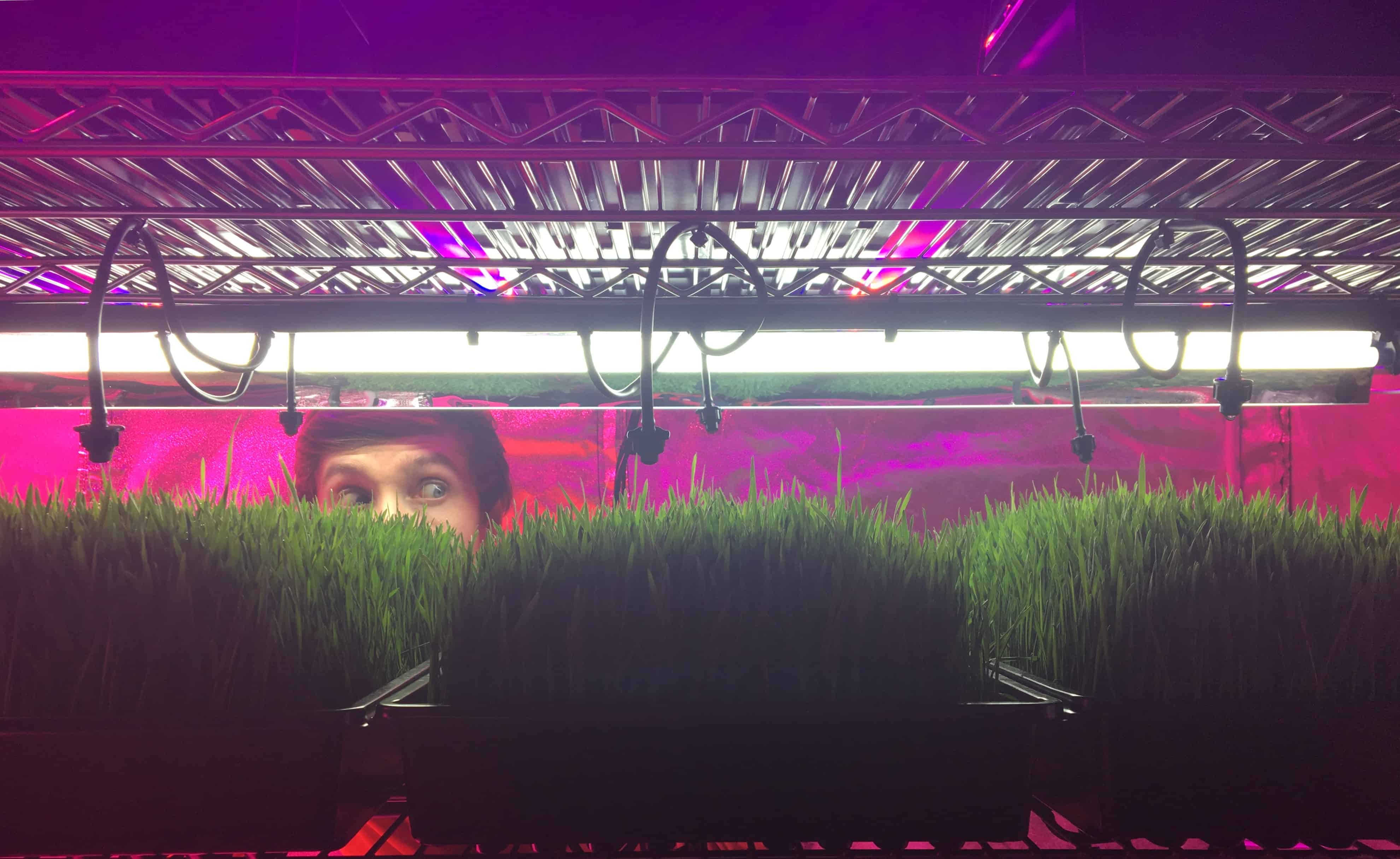 Wheatgrass has been a long-time staple of the health community and has never been easier to grow at home. I’ve been growing wheatgrass for nearly a decade now and regularly consume wheatgrass juice. It gives me a nice energy boost and I can really feel the difference. We’ve put together an easy to follow guide on how you can begin growing wheatgrass at home and be ready to juice in as little as 14 days.

Wheatgrass is exactly what it sounds like, grass of the wheat plant, Triticum aestivum, harvested within about two weeks of planting. Due to the concentrated amount of vitamins and minerals wheatgrass continues to be studied for its medical benefits.

What Are The Health Benefits Of Wheatgrass?

Wheatgrass is absolutely jam-packed with essential vitamins, minerals, amino acids and enzymes. It contains a multitude of minerals like boron, calcium, iron, magnesium, potassium, and zinc. It’s loaded with Vitamins A, B complex, C and E. You may be surprised to find out that Wheatgrass contains more Vitamin C than Oranges and more Vitamin A than carrots, ounce for ounce. Studies have shown it to have anti-cancer, anti-ulcer, anti-inflammatory, antioxidant, anti-asthmatic and anti-arthritic properties. Wheatgrass has been shown to help reduce hair loss and graying.

Wheatgrass is also considered a ‘complete protein’. This means, of it’s 17 amino acids, it contains all 8 that are considered essential. Wheatgrass’ clinical function is largely due to its antioxidant properties derived from its high content of flavonoids, such as apigenin and luteolin.

Wheatgrass has also been shown to be an effective method for treating inflammatory bowel disease. Many animal studies in rats and rabbits have shown wheatgrass to reduce ‘bad’ LDL cholesterol and triglycerides.

Studies estimate that drinking one ounce of wheatgrass juice has the vitamin and nutrient equivalence of consuming two and a half pounds of leafy greens. leafy green vegetables. 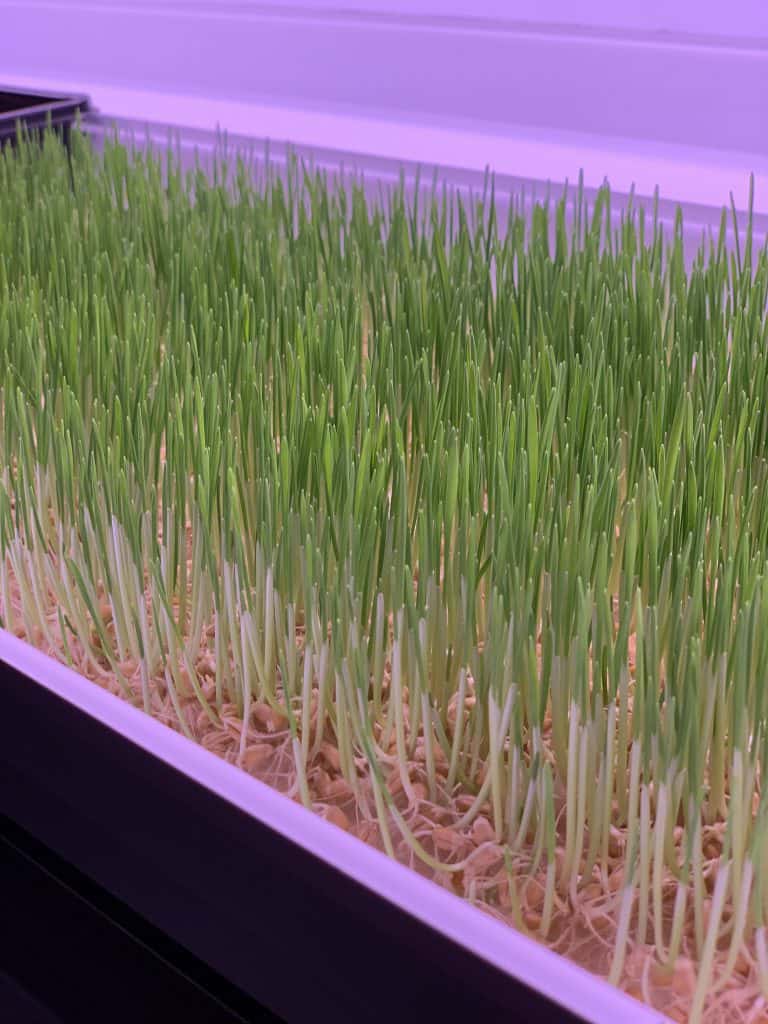 Yes, for the majority of people wheatgrass is not only safe, it’s great for you. Anyone with allergies to grass, wheat, gluten or those suffering from Celiac disease may need to steer clear of wheatgrass.

The wheatgrass berry or seed is what contains gluten, not the grass itself. Wheatgrass is also very susceptible to mold. So whether you’re buying it at the store or growing it at home, be on the lookout for it towards the base of the grass.

There are some reports of people experiencing diarrhea, nausea or even headaches of consuming wheatgrass juice, capsules, etc. It’s suggested to start with a small amount at first and assess how you feel. If you have any concerns it may be best to first consult with your doctor, allergist, etc.

Wheatgrass juice is commonly referred to as ‘green blood’ for a few different reasons: First, being the obvious one, the high amounts of chlorophyll gives the juice it’s rick dark green color. Chlorophyll bears structural similarity to hemoglobin, and studies have shown it to be a successful alternative or substitute for it in patients suffering from things like Beta-thalassemia, and other hemoglobin deficiency conditions.

When your wheatgrass is ready to harvest, you’ll need a pair of kitchen scissors (preferred) or a sharp non-serrated knife.

Grab a small handful of wheatgrass from the tops of the blades while using your scissors or knife and cut right where the blades of the grass turns white. Be sure to cut away from your hands and body.

The grow mat is completely biodegradable and can be thrown in your compost pile to provide a lot of vitamins and nutrients for the soil it will eventually produce.

Once all the grass has been harvested, I prefer to juice it all at once and store it in a mason jar but can also be put in tupperware/ziplock bag and store it in the fridge until you’re ready to use it.

Another popular option is to harvest your wheatgrass, juice it then pour it into ice-cube trays and freeze it for longer lasting use and an easy addition to a smoothie. 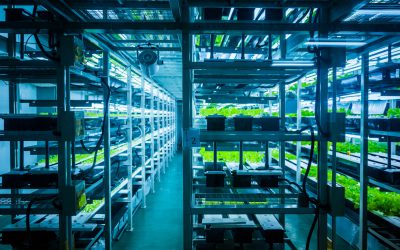 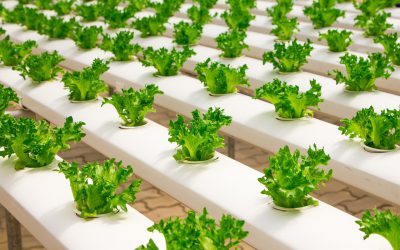 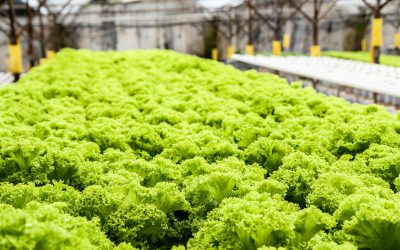